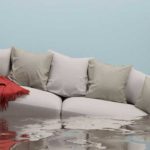 There are millions of homeowners all over the United States who are completely clueless of amount of water they actually waste. Some homeowners go on year after year for decades wasting hundreds, thousands and even millions of gallons of water and have no idea that they even do that. What many homeowners need to understand is that there are a wide variety of things that they can do to prevent or reduce their water waste in their homes. According to Chelsea Green, homes that have the older model toilets can waste more than 3 gallons of clean water just with one flush, when the newer model toilets waste as little as one gallon of clean water. A gallon of water is still a lot of water to waste when you think about performing something as simple as flushing your toilet. If you are a homeowner who had no clue that you were throwing away clean water on a daily basis, you may want to consider taking time to become more educated on water waste. Getting in touch with a professional plumber can also help you evaluate your water system in the home and help you save on wasting water.

According to the Huffington Post, people in America are using more water now than they did in the year of 1950, specifically more than 127 percent more water. Researchers are unsure of the exact reason for why there has been an increase in water waste, but many speculate that it may be due to the rising population in the United States. There are also many homeowners who are very uneducated about how much water they waste on a daily basis. Many people also waste a significant amount of water with performing the most basic tasks in their daily routine, such as brushing your teeth. Studies show that on average, an individual who runs the tap water while brushing their teeth can waste more than 4 gallons of water with just that one session of brushing. Now, imagine wasting 4 gallons of water if you were to brush your teeth 3 times a day. Think about how much water you waste in about a year.

There are also many other things that go on in the home that can waste water, such as a leaky faucet or leaky pipes. Many homeowners don’t take the time to properly inspect their pipes underneath the home or their crawl spaces on a regular basis. Not conducting regular inspections can have ongoing leaks that you have been unaware about, costing you hundreds and even thousands of dollars per year. Getting in touch with the professional plumber can help you detect those hard to catch leaks that you have been unaware about. Take time to conduct some research online to locating your nearest professional plumber, by searching for the following terms online: plumber Howell MI.

Saving water should be one of your main concerns as a homeowner or even a renter. The one way that you can better evaluate your water system is by getting in touch with the plumber. If you’re looking to save money and you care about the Earth, get in touch with a professional today.

How to Care for Your Plumbing System Like an Expert